[…] When the clock was about 10.45 pm or something the intro started (Keeping The Blade). And then they entered. Claudio, Travis, Michael and Josh. After the intro they played Welcome Home and everyone was crazy! It was a lot of people at that little 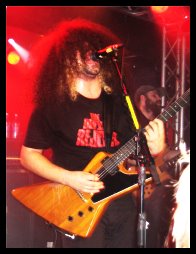 place and everyone was just pushing, moshing, screaming and jumping. Then I'm not sure about all other songs they played, I can't remember all but some were: The Suffering, A Favor House Atlantic, Wake Up, Ten Speed, Blood Red Summer, Everything Evil, The Writing Writer, In Keeping Secrets, Devil In Jersey City... Well, I probably forgot a few. The last song was The Final Cut, and it was great 'cause they played an instrumental thing for like 7 minutes or so after the song and everyone just stood there all quiet and amazed. [...] The only thing that was a little disappointing was that they never played The Crowing, Three Evils or Delirium Trigger. And I really wanted to hear The Light & The Glass but they didn't play it. 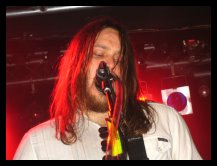